The Rig is a Sonic the Hedgehog complete story that appeared in Issue 159 of Sonic the Comic.

Still stuck on Shanazar, Sonic is finding his new home a harsh place to live. Yet another town has been destroyed by a quake and Sonic suspects there have been too many to be natural disasters. After helping out the townspeople, Sonic speeds off to his next adventure. Before too long, he's greeted by a massive rig in the middle of the desert. The ground starts shaking and Sonic deduces that the machine is definitely responsible. Racing up the side of the rig to have a word with the owners, Sonic discovers it to be manned by The Plax, a hive-mind race drilling for magnaz. The hedgehog tries to persuade them not to drill, worried about the earthquakes, but he gets a fist to the face for his trouble. After trying a Spin Attack, Sonic learns that the Plax are made of Plastic-X constructs and they need to drill for magnaz to power their factory.

When the Plax reveal that they are invulnerable and can't be damaged by the quakes, Sonic forcibly bursts into the control room. Unfortunately, the controls are too alien to understand, so Sonic tries a more direct approach, leaping off the rig and using his speed to reverse the drill's rotation. The friction causes the whole machine to explode, ending the Plax's mission. Unscathed from the blast, they vow to have vengeance against Sonic.

The previous Sonic the Hedgehog story was Bottled Up!. The next is Knightmares. 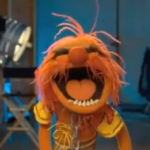